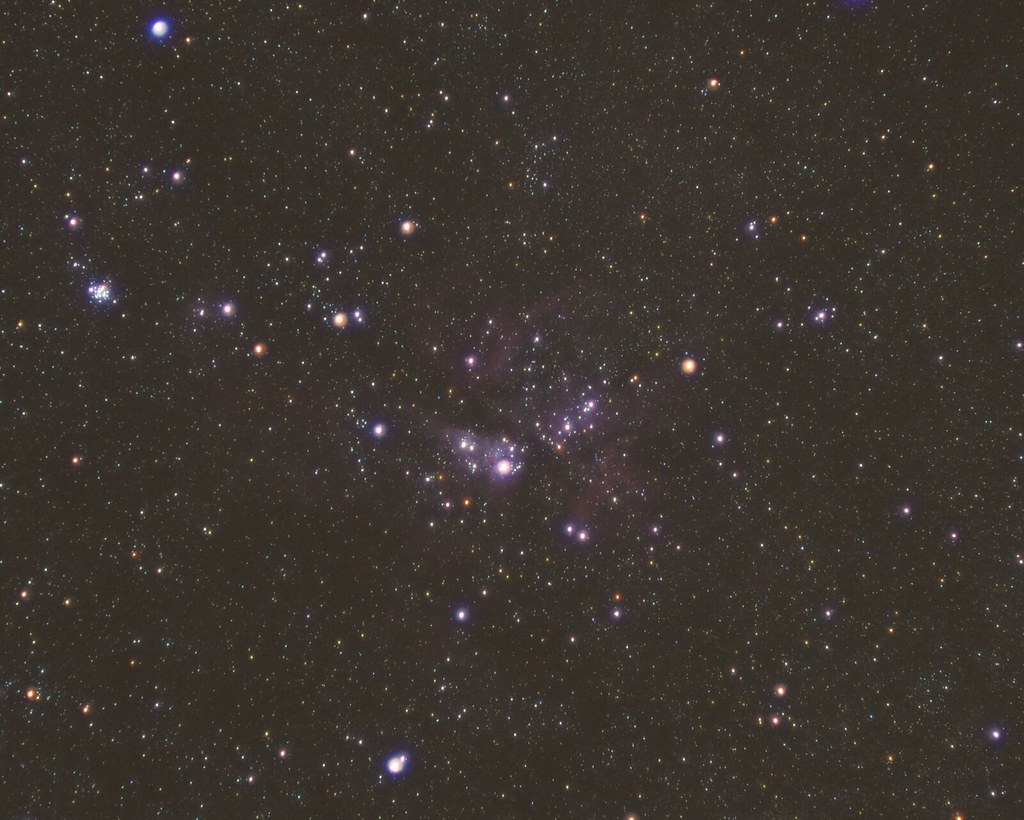 Compromise can be a good thing. A couple of years ago, I got interested in astrophotography through looking at NASA’s Astronomy Picture Of the Day, and then I took a photo of a conjunction of Venus and Jupiter on a Canon PowerShot SX120IS digital point-and-shoot that happened to capture two Galilean moons. Basic, but I was hooked. It wasn’t long before room was being made in the budget for a new digital camera. We decided on a compromise between astrophotographical aspirations and family use; I was pretty keen for a Canon DSLR of some kind, but the size and waterproofing and functions of the Olympus OM-D E-M5 Mark II won out. I’m glad, because it’s a fantastic camera. It’s easy to use, but it doesn’t dumb down operation in the way nearly everything is trying to do these days. It’s got a list of functions as long as your arm, but it’s small and light enough for my 3yo niece to hold and use it herself (with supervision). It’s weatherproofed. It takes many styling cues from the Olympus OM-1, which is just a gorgeous camera. And it’s mirrorless, so adapting old/manual focus lenses and maintaining infinity focus is cheap. The picture below has it attached to a Canon FL 200m f3.5 lens and 2x teleconverter, just for kicks. 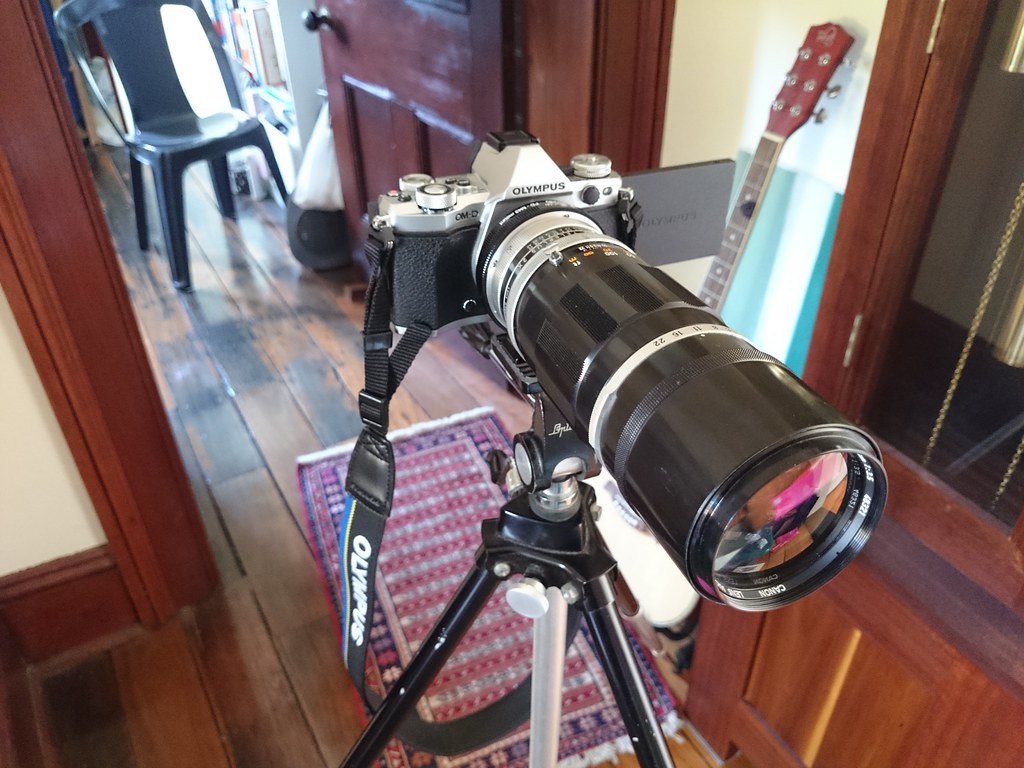 I really enjoy shooting with it. It’s an enjoyable camera and it can handle just about anything you throw at it. But its Micro Four Thirds sensor isn’t quite optimal for for astrophotography – a bit on the small and noisy side. I’m still working on getting the settings right to reduce sensor noise for general wide field and deep field astro work, but below are some I’ve managed. 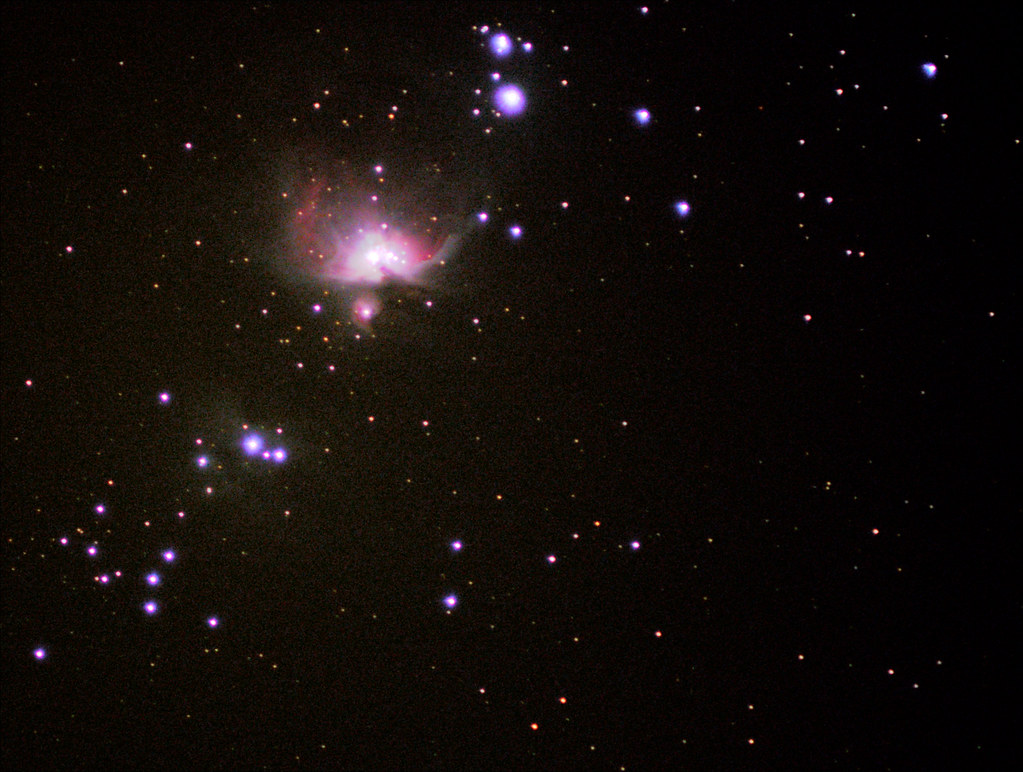 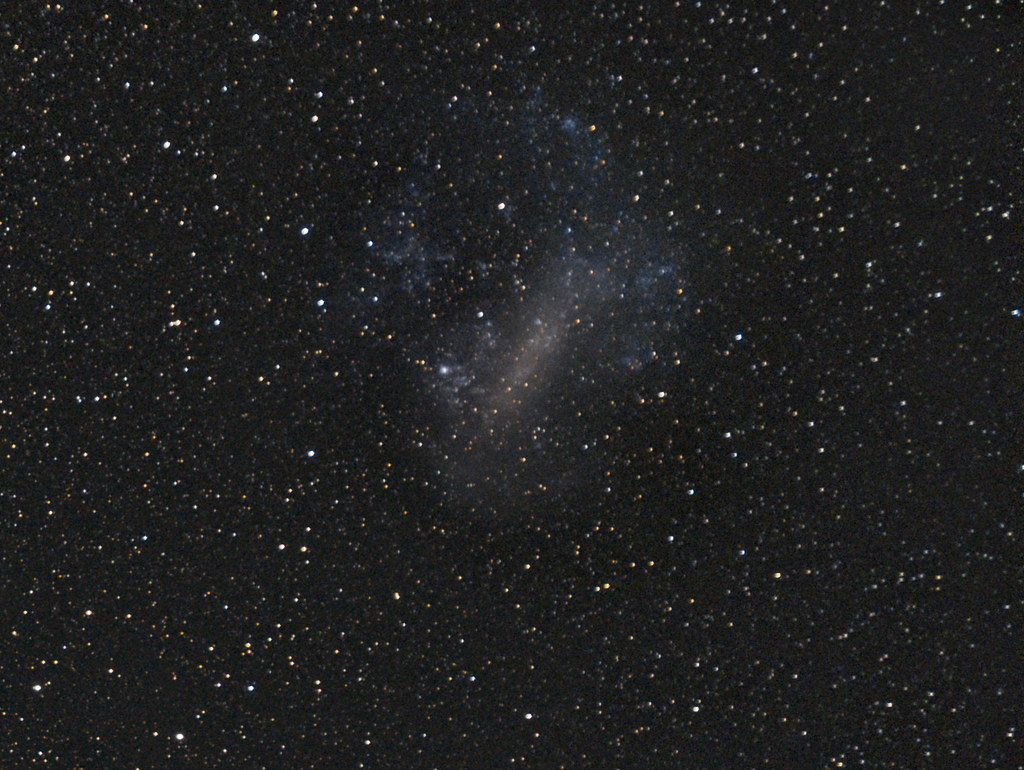 These are all taken on a fixed tripod, hence the low exposure times. However, I’ve recently got a SkyWatcher Star Adventurer tracking mount, so I’m pretty keen to see what I can do with that once I get the hang of using it. Hopefully I can also keep working on overcoming the camera’s noise issues with some magical alignment of the settings. Just need some clear nights…